Science marches on! The illustration above was created shortly after the first Cryolophosaurus was discovered. Scientists hadn't had the chance to really study the specimen - in fact, they were still digging it out of the rock. When this description was written for the Jurassic Park Institute much of the skull was still in rock. Now we know that the unusual crest was really unusual. It was a single horn, but more of a wrinkly flap of bone. The photo below shows the actual skull of the original specimen of this dinosaur. Additionally, it was likely that there was rarely snow where this dinosaur lived. The Earth's climate was much warmer during the Mesozoic and there was almost never snow anywhere on the planet. In fact, Antarctica wasn't even at the bottom of the Earth at that time in geologic history. It was attached to Australia and slowly moving south. 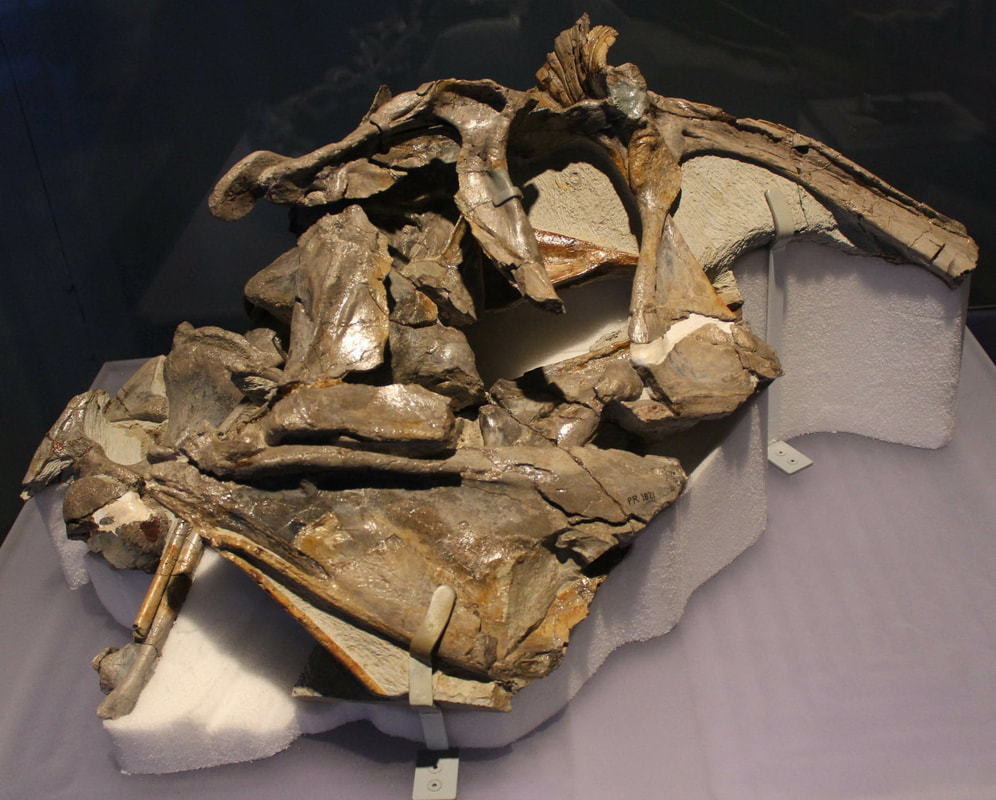 This is the original specimen of Crylophosaurus. The species was named based on this specimen. Note the interesting shape of its crest.